Why move to Hastings?

Some think it's odd that the pier fire was the spur to my realising that I wanted to live in Hastings.
The film below ends with the caption

Personally I'm very excited by the New Era that has been coming in simultaneously and gives anyone with internet access and some creativity the power to engage others in change, just as has been happening in the middle east (Tunisia, Eygpt and Libya to name just three examples of 'power to the people' movements in the first two months of 2011).

I attempt to explain this gut feeling that Hastings is the place for me to live in a number of ways, though the important changes are not just about the rational; they are about the whole "dream cycle process" as in Chris Johnstone's excellent book: "Find Your Power": 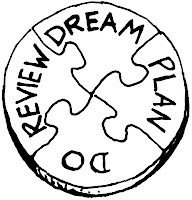 The whole dream cycle concept is something I've been working on with students since December 2010 in the central city of India (in person & remotely) on www.nagaloka-dream-cycle.blogspot.com

Back in Hastings, outside the Pier Shop, I met someone (a Californian) who sensed something special about the energy in St Leonards & Hastings. Cathy is one of many Hastings interviewwes on my YouTube Channel: Toothpaste007 ; why not subscribe?


I'm amazed that Tony's film above uses the phrase "Going for Refuge"; this is the usual context in which I now hear the phrase "going for refuge":

A bit more about death here from my own video channel here:

Anyone want to work with me to set up a Buddhist centre in Hastings; contact me via the contact form on the Mediation Support Ltd website. (NB That's mediation support, not meditation support, though I support both).
Back to Tony's films. (There are 14 films in this series about one man's guide to hastings:)


Attempting to give a rational explanation for Hastings, I wrote the following:


Another reason is because the 2nd most deprived seaside town in the UK, which is high on the list of places likely to lose most jobs (with about 42% public sector employment int he workforce) and with a good librarian friend there ie Hastings, could lead the way in resource sharing innovation* thanks to www.freelender.org and www.streetbank.com

A friend in Hastings replied in relation to Hastings & other South Coast towns:


"Eastbourne great for regular shopping, Bexhill good for dreamy, quiet days in old fashioned (in a good way!) seaside resort, but Hastings is definately the one to live in. I absolutely disagree that it's a dead town - it has a vibrant..., creative buzz, is full of artists, writers and musicians. It has the plus of not being a clone town and has many independent shops in the town centre as well as the Old Town and St. Leonards. Where else would you find a medieval town (which even gave its name to the most famous date in history), a thriving fishing fleet still launching their boats from the beach as they have done since Anglo-Saxon times, alongside high Victorian seaside development, including an excellent centrally placed park? Whether its expensive is a matter of what you compare it to. It's still much cheaper to do most things here than pretty much anywhere else in the south east - Tunbridge Wells, Brighton anybody? And so much is laid on free of charge or at minimal cost - Jack-in-the-Green, Old Town Carnival, Hastings week, Coastal Currents, St. Leonards Festival, Playdays in the Park - a different festival every month it seems! I moved here in 2001, when it really had hit rock bottom and in all honesty its improvement has been two steps forward, one step back, but it still knocks spots off everywhere else I've ever lived!!! You should hurry up and get down here Paul!"

* PS Here's some work I'm doing in bringing together the innovators in sharing websites:
http://freelenders.blogspot.com/2011/03/to-all-directors-etc-of-sharing.html

Other pages on this blog:
Home
Mediation Support at Southwater Community Centre
Action for Happiness -A Good Week
Paul C -AKA Lend-It-All Man