The Hastings Observer has today published an edited version of the letter submitted three weeks ago and given it the headline "Wait for pier fire justice goes on".

The letter as printed is indicated by Bold text, with the unprinted sections in standard text

Where were you when Eastbourne Pier was found to be alight? Me, I was at St Leonards Post Office, sending Mediation Support Ltd accounts to Companies House. Sadly this was another year with a bad debt carried over from Hastings Pier’s non-payment for my company writing a grievance policy and undertaking mediation work. As a "Community Development worker specialising in pier fires", it is an occupational hazard that I have even been accused of being behind Eastbourne Pier Fire!

"We Need To Act If We Want Justice" was the brilliant title you gave to my first letter in your paper; three years on the "Hastings Pier Fire Justice Fiasco" has not yet been turned around by a Community Justice -eg Truth & Reconciliation response. My attempt, via Amber Rudd MP, to secure immunity from prosecution for those who engage in a Community Mediation about the Pier Fire, acknowledging the 'victims' and responding to their stories, needs fresh impetus. Eastbourne Pier Fire may be part of this gear change; with each town influencing the other.

Sadly there are many misunderstandings arising from the process of indirect communication with those who were arrested after jumping off the burning Hastings pier. A further set back has been the resistance of The Hastings Independent to run adverts for the 5th October 2014 Truth & Reconciliation meeting, despite my company being the chief underwriter of that paper's advertising income at the time.

It seems hardly surprising to me that The Mirror newspaper on Friday 1st August published the following two sentences which are inaccurately damning of our "best" efforts: "Eastbourne MP Stephen Lloyd demanded the 144-year old structure should not go the way of nearby piers in Brighton or Hastings destroyed by fire in recent years. Insisting that two-thirds remained untouched, he added 'I'm very hopeful and confident that it will be reopening next year and be back in business.'"

Friday 1st August also saw the Prime Minister visiting Eastbourne Pier and announcing £2 million pounds emergency funding to those whose businesses (unlike the businesses on Hastings Pier) have lost money as a result of the fire.

Some understand the importance of a pier to a town that cares. One temporarily disheartening response to the BBC News article "What Happens after Pier Fires?" I circulated was from someone aged 23 - ie from the same age group as those arrested after the Hastings Pier Fire: "Who gives a s**t?"

Yours determined as ever to show that we, in Hastings & St Leonards can do better at addressing our suspected case of pier arson , as documented on Sussex Community blog & now http://facebook.com/EastbournePierFire

P.S. to find out more about my commitment to this issue, please see "Pepe Le Pier" on YouTube

or "What I did that led to Hastings Pier Fire" on http://YouTube.com/toothpaste007
Paul Crosland
Mediation Support Ltd

I replied as follows:

Thank you for opening up the real discussion about the relationship between Hastings Pier Justice & beyond (see https://www.facebook.com/groups/hastingsjustice/ and http://Facebook.com/Eastbourne Pier Fire) . In the second half of this film (whilst I'm driving back from Eastbourne) I suggest that Eastbourne's benefit may simply be as a result of their fire coming after ours (& the learning about the importance of pier fires in relation to local regeneration that has arisen out of Hastings experience: http://youtu.be/DGHxvTk_yn8 ).
To your posting below about your BBC Radio Sussex dialogue with Cllr Jeremy Birch I have also added a comment (& extended quote):

As I claimed in the Hastings & St Leonards Observer to be the one who moved to Hastings & St Leonards to work with the victims of Hastings Pier Fire (see http://www.hastingsobserver.co.uk/news/letters/we-need-to-act-if-we-want-justice-1-2756987), here is the verbatim posting to the main blog about the fire and it's consequences (& now Eastbourne too); which ideally is to be read alongside the http://Facebook.com/EastbournePierFire page I've set up and ask you to view, like and ideally engage with more fully:

Felix said...
"Dear All
As someone who lost at least 60,000pounds in equipment, shop fittings and stock in the pier fire, I find the idea of restorative justice, for me, can only follow one path other than a long jail term, that the two individuals responsible pay for their crimes by paying me and paying the other leaseholders on the pier what they are owed because of their fire related losses too. The loss of the entire shop means a hard long term effect. The Police wanted these two charged and to face a jury. However the Crown Prosecution Service said that there wasn't enough evidence despite all the professional law enforcement people who disagreed with them.

I am not too sure why HPWRT are so involved with this process as they do not own the pier - although I am sure their heart is in the right place.

The other right and proper course of justice is for them to face a fair trial in Court in front of a jury.

We already know that one of their friends in particular is quite disgusted with the way in which they have been bragging in the pub about how they have burned the pier down and got away with it.

It is interesting that the Police are not looking for anyone else in connection with the fire and I do think that it is a bit rich of these two to moan about the stress they are feeling because of the length of time they were kept waiting to know whether or not they were to be prosecuted.

The fire affected leaseholders on the pier have certainly not forgotten them.

I don't want sorry, I just want them to pay us our money - that we need and can't afford to lose, end of.

NEXT STEPS in community development, co-creating a "more caring and sharing community around you."(?)

1) Value community learning opportunities eg "Hastings Pier Fire Justice Fiasco"/ "We Need To Act If We Want Justice"
2) In responses to all conflagrations develop creativity & flexible nonviolent (direct) action
3) Earn our care in later years by acts of service this week
4) Generate support structures for all with as much wisdom and compassion as we can foster for self and other/world.
(http://StLeonardsSharing.info)

1) Keep coming back to the values of "caring and sharing"
2) Where there is difference, build understanding and trust
3) Practice seeing "my" property/wealth as belonging to the community
4) Honour the "5 ways of well being": Connect, Be Active, Take Notice, Keep Learning & Give
5) Value community learning opportunities eg "Hastings Pier Fire Justice Fiasco"/ "We Need To Act If We Want Justice"
6) In responses to all conflagrations develop creativity & flexible nonviolent (direct) action
7) Earn our care in later years by acts of service this week
8) Generate support structures for all with as much wisdom and compassion as we can foster for self and other/world.
(http://StLeonardsSharing.info)
Radio 4 programme on the Sharing Economy - note to Freelending CIC co-director http://bit.ly/1fqs05K 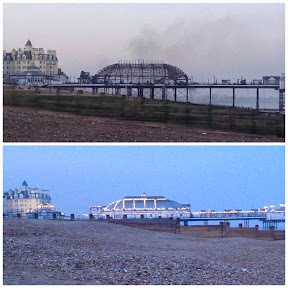 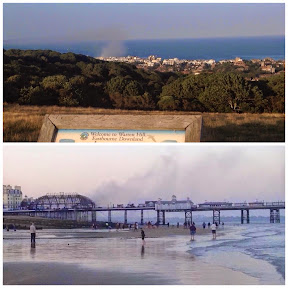 PS. If not leafleting or litter picking around your street or helping with running the freelender Mind Body Spirit library, how would you like to earn your first 15 Timebank hours etc.(& what service/events would you most like to spend your Timebank credits on?) Tel Zero7807 066202

To register your interest and thereby hasten the convening of meetings for the 20+ other locals who are interested in moving this forward for the welfare of all: http://stleonardstimebank.blogspot.co.uk/p/welcome-register-page.html
And for a general introduction to Timebanking from one of the national organisations who commissioned me to create a social media strategy for them, see: http://timebanking.org.uk 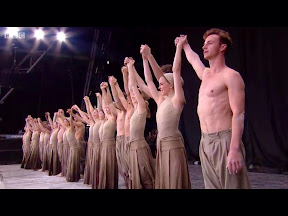